A highly-curated weekend gathering that cross-pollinated ideas from independent filmmakers and boundary-pushing scientists.

This past October, we hosted our inaugural Camp Sandbox over a pristine fall weekend in upstate New York. The formula was simple: We invited 15 of our favorite independent filmmakers and 15 ground-breaking scientists, and over three days of curated activities on a rural estate, together we created opportunities to learn from and inspire each other. We added a handful of industry leaders for good measure — namely, A24’s Adriana Banta; Netflix’s Chloe Gbai; Paola Mottura from Sundance; Thom Powers from DOC NYC; and John Cunningham of the Templeton Foundation. 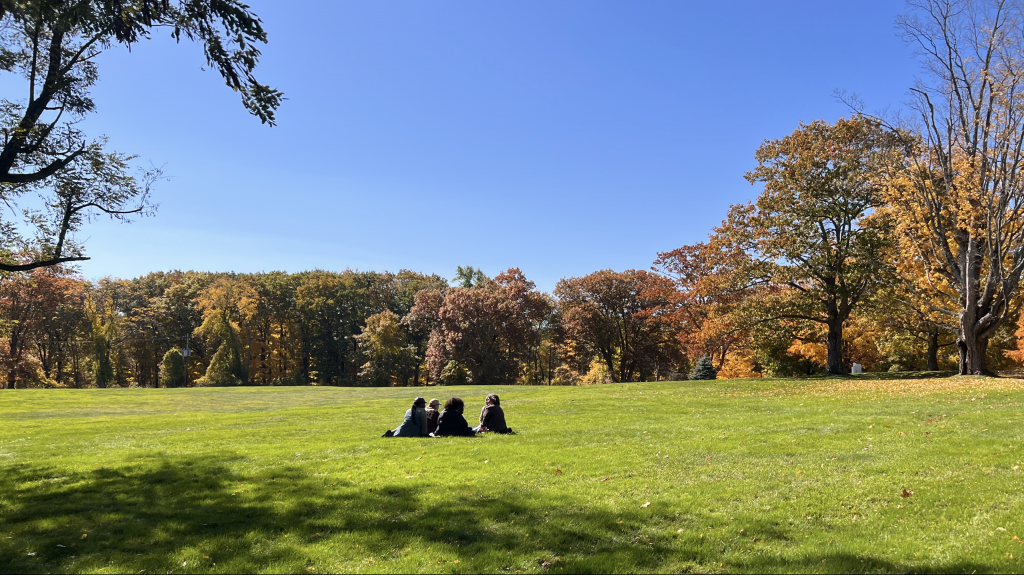 And that’s it. We didn’t have assignments or expectations to produce any of the potential film ideas that emerged from the weekend. Just three days of connection, inspiration, vulnerability, and attempting to see each other.

Gathered in a cozy lecture hall, campers took turns sparking intellects and imaginations by screening excerpts from their films and giving mini presentations on their research. Against the backdrop of gorgeous autumnal weather and a kaleidoscopic array of leaves, groups took to the lawns, lake, and stone porches of the institute to discuss each other’s work, wrestle with questions that may have no answer, and find commonalities among their professional and personal lives. 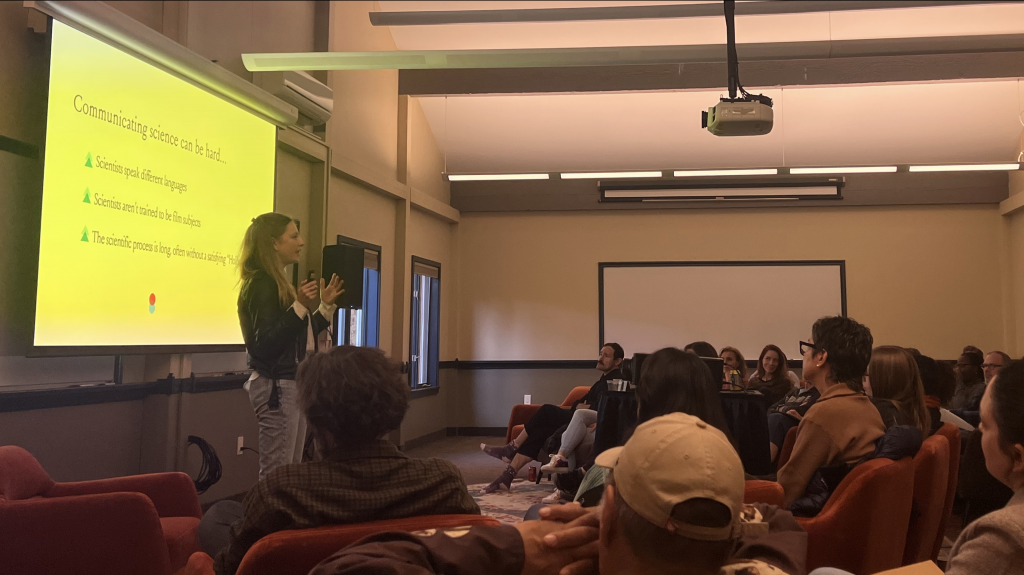 New Delhi-based filmmaker Shaunak Sen — whose 2022 film All that Breathes won top prizes at both Sundance and Cannes, and has been nominated for an Oscar for Best Documentary — remarked about the weekend: “I’ve never known a space like this to exist. It re-activated my love for science and the way in which the natural world and its deep observation can be poetic.” 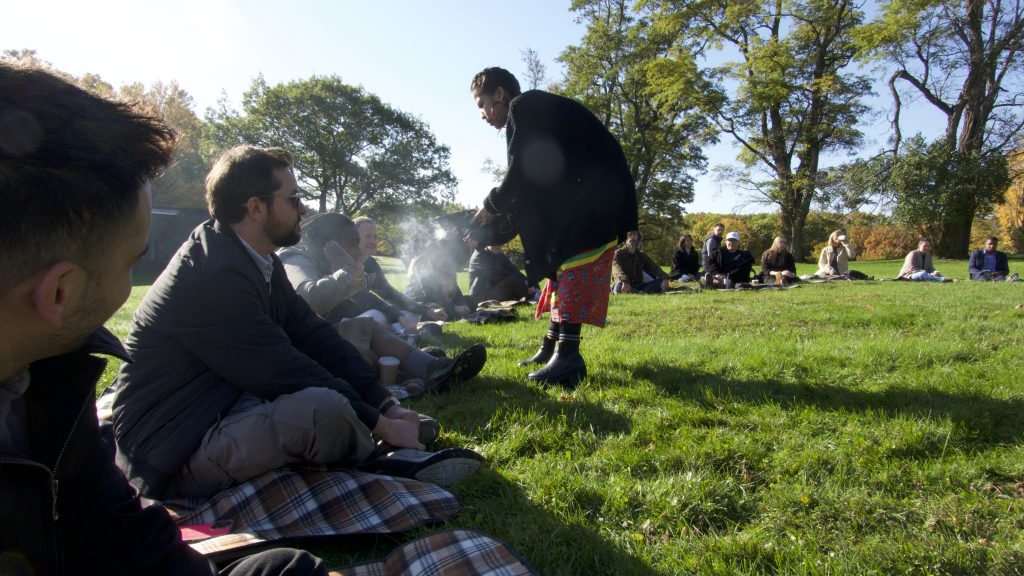 This year, to ensure campers didn’t succumb to burnout from an admittedly heavily cerebral atmosphere, delicious food and cocktails aplenty were on hand so that bodies could be as sated as minds. There was also a notorious (infamous?) karaoke night in which… well, what happens at camp stays at camp. 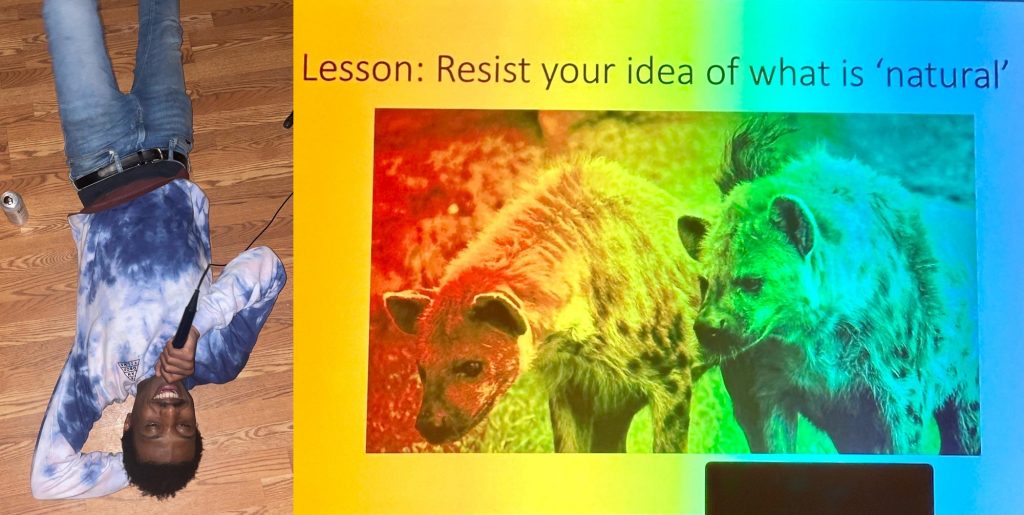 “Inspiring and life-changing,” is how Sam Soko, the Peabody-nominated director of Softie, described his Camp Sandbox experience. “I could put this in all caps, ONE OF THE BEST WEEKENDS EVER.”

The computational biophysicist, Orit Peleg, whose accidentally cinematic work on the communication patterns of fireflies piqued the interest of more than one filmmaker at the retreat, described the gathering as simply, “the coolest event I have ever experienced.”

But it’s not just about cool fun. 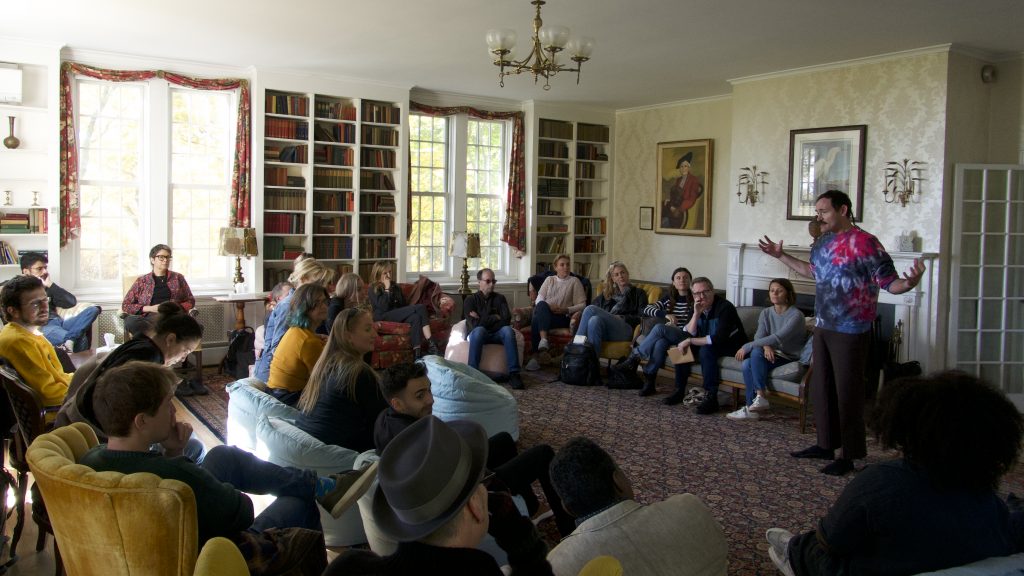 Camp Sandbox is the culmination of a series of retreats we hosted — in partnership with the National Institute of Science — even in the years before we officially launched Sandbox Films in 2020. Those early meetings proved pivotal in generating connections that inspired future Sandbox feature docs over the years — including but not limited to Penny Lane’s Confessions of a Good Samaritan, which will premiere at SXSW this March, and Sara Dosa’s Fire of Love, which was nominated for an Oscar.

In fact, Sara Dosa attended one of these “proto-retreats” in 2019, where she met another attendee that year, geochemist Clive Oppenheimer, with whom Sandbox happened to be producing a documentary about meteors at the time (Fireball, co-directed by Werner Herzog). Clive, a renowned volcanologist himself, knew the Kraffts’ legacy and archive well, and had even met Maurice Krafft during in his own studies. That early connection proved important to the gestation of Fire of Love. 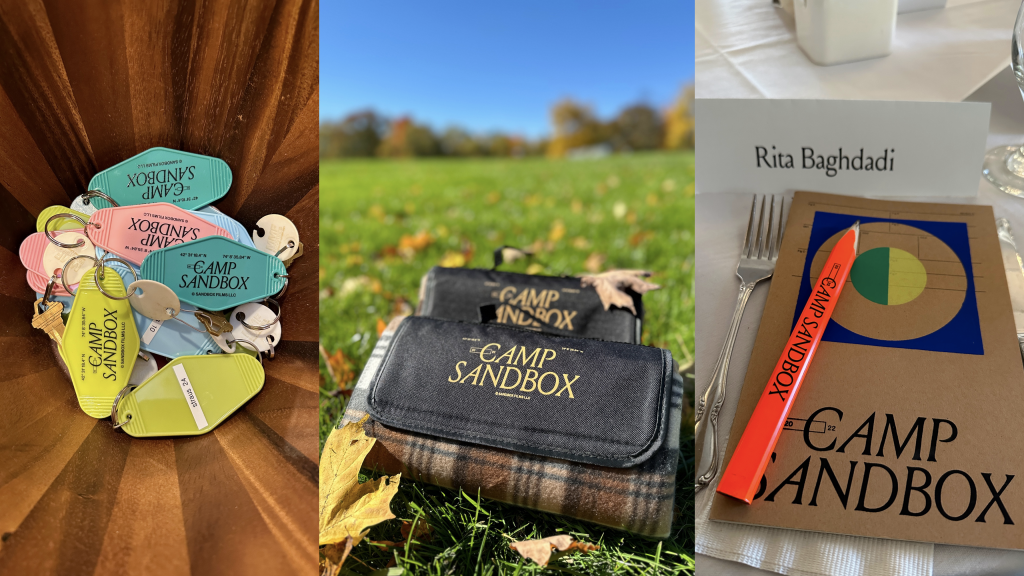 The hope is that new ideas will indeed emerge from this newly reimagined Camp Sandbox weekend. And that these ideas will sustain new friendships that will evolve into collaborations that one day might make up the interdisciplinary creative teams behind a future Sandbox project. We feel such a “long-game” approach — focused on community, connection, and shared curiosity — is essential to the ultimate goal of pushing the boundaries of cinematic science documentary.

And we think it starts with inspiration.

– Adriana Banta, Head of Creative Nonfiction at A24

“If heaven was an academic institute with a karaoke machine tripping on autumn. Blissful! Everyone fantastic! Everything fantastic!”

“The most entertaining and also personally impactful two-day event that I have attended.”